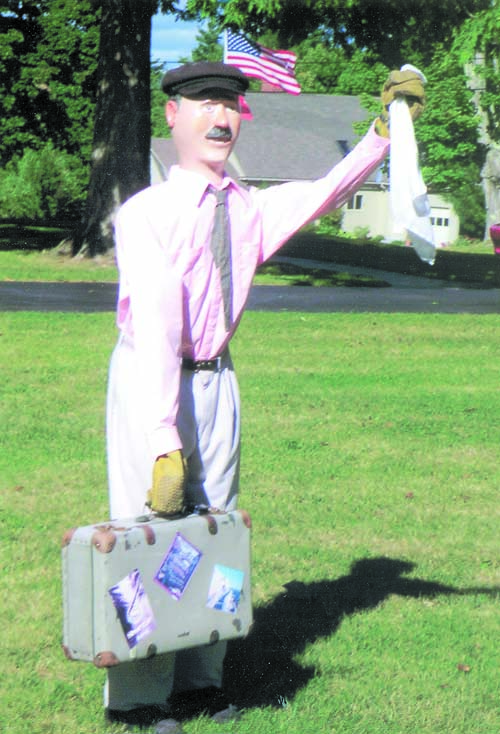 This week, on behalf of everyone at the Bridgton Historical Society past and present, we wish to take this space to express our deep sadness and regret over the recent passing of our friend, Hans Jenni. Everyone down at our museum, even as throughout our whole community, sends their dearest condolences to his wife Barbara, together with their children and grandchildren from Maine to California. The Ridge will not be the same without Hans, nor will the slopes of our mountains feel as welcoming, now that he has gone to higher peaks in brighter skies beyond.  After 62 years of calling Bridgton home, still we feel has he left us all too soon.

Those of you stopping into the Society this week will find, alongside our usual staff and volunteers, a familiar face to greet you at the door. Stepping in, you’ll meet Henry — and already, if you don’t know who Henry is, then I’d wager it’s fair to say you must be new in town. Because just about everyone in Bridgton knew Henry, back in the days when he worked with Hans at their home up on the Ridge, or crashed Luaus at Tarry-a-While, and who can forget that time when he fell off his ladder and broke his leg, and wore a cast right out there in the front lawn for weeks, waving at the golfers teeing off at the Highlands. But if you haven’t met Henry before, then it seems only fair to say here that Henry is a life-sized, fully articulated wooden mannequin, with rosy cheeks and waxed mustache, which Hans designed after retiring from inn-keeping in 1994. Hans had originally imagined Henry to stand as a static scarecrow in their garden, yet during his creation Hans — who had been a cabinetmaker in Switzerland before coming to America as a ski instructor — decided to go “all-out,” and give Henry fully posable limbs. As Barbara later told Down East magazine in May of 1999, “By the time Hans was finished carving and creating him, Henry had developed a personality of his own and any thoughts we had of him guarding the garden were lost in the sawdust. We knew right away that he had a higher purpose.”

Setting him out in their lawn with his hand raised in a friendly wave, the Jenni’s soon discovered that passing motorists were waving and honking in response, many of them simply friendly travelers mistaking Henry for a real person. It was then that Hans, having always loved practical jokes, had an idea. And so, for many years, through the 90s and 2000s, Henry became a fixture on the Ridge, with Hans regularly going out and moving him, and changing his clothing, day-by-day as the years rolled on. Henry mowed the lawn, worked on cars, trimmed trees, painted — any bit of household chores which needed doing, Henry was always there, ready for any task without complaint. And it wasn’t only work; in the idle summer days Henry golfed, skied, lounged in hammocks and even once set out on Highland Lake in a tethered rowboat. With a sign for Portland in hand, he begged for — and almost received — rides to the Big City. After a few years, he even found himself a wife, who posed beside him occasionally in vintage ball gowns even as he showed off in Hawaiian suits, trusty overalls, or the good old-fashioned top hat and tails.

Even one as young as I can remember the days when Henry stood under the sweeping maples of the Ridge, getting up to mischief in trench-coats or poised to toss a football across the street. I still recall my initial sensation when, as a child practicing my putting beside the old Highlands clubhouse, I happened to glance just up the street and saw a man standing stock still in the Jenni’s lawn. I was startled because he wasn’t moving, so I didn’t look away. It seemed as if he had frozen right when I turned to look at him, and seconds passed, and still I watched, and still he didn’t move, until at last, it dawned on me, I was looking at a mannequin.

Now, to be quite honest, as a child going into Renys department store where by grandmother worked, mannequins had always frightened me. Something about them was so deeply unnerving to my childish mind; they seemed so cold and dead that I didn’t like to look at them. But Henry didn’t scare me. I think that was because he always seemed so alive. He wasn’t a faceless, emotionless husk standing mute at attention behind a glass window; he was dressed up warm in a flannel shirt and jeans, and with a saw in one hand it seemed he was reaching up to trim a branch from the nearby oak tree just as my father so often did in our own lawn. Henry seemed human. He was familiar and friendly, and when the next day I returned and saw him sitting in a rocking chair, waving at the road with a glass in his other hand, I knew there was nothing at all to be scared of. I began to look for him whenever I passed by.

After his accident, when the fall of a ladder twisted his leg and cleanly severed one hand at the wrist, Hans took him back to his workshop and fixed him up again, whereupon many children in Bridgton went so far as to write “Get Well Soon” cards for Henry, which were saved in a large book alongside photographs of all of his different outfits and poses.

As the years passed, and as Hans and Barbara grew older, they eventually found the task of moving Henry around and changing his outfits too tiresome a thing to do regularly. As they aged, it seemed Henry did as well. For gradually, he ceased to change positions every day, and soon folks in town began to see less of him. In time, by my old Academy days, he had almost departed entirely, seen only occasionally on the front porch.

In 2018, Henry returned to the front of Bridgton’s scene again. We here at the Bridgton Historical Society, entering into talks with Hans and Barb, were given Henry on loan for the 250th, and that year I sat beside Henry in our 1909 Sears car, and drove through the parade on the Fourth of July. What a scene it was; I lost count of how many people waved and shouted and cried out joyously “Henry, O Henry! Is it Henry? Is that you, Henry?” as we passed through town. He even had another marriage proposal! Ever since then, we have committed ourselves to the task of maintaining Henry’s demanding social life, and getting him out about town for folks to see. Having since become a permanent resident of the museum, he is at home in our collections and you may remember him officiating at our annual meetings, donning the chef’s toque for our Harvest Supper, wearing the mask through Covid, or striking a variety of poses in the Society’s garden or the fields of Narramissic.

I can tell you, despite his age and weight (I’m just about the only one who can move him), Henry’s still going as strong as he ever was, and we’re proud to say that he, and Hans’ legacy here in town, will continue to live on at our Society in the decades to come.

I’ll close with one of my favorite stories about Hans, when he and our former director Ned Allen were talking a couple of years ago at the time Henry was given to the Society. Hans was discussing the metaphorical ‘care and feeding instructions’ for Henry; how to move him, the quirks of how to dress him, how his strange fingers worked, etc. when suddenly he looked up and asked Ned, slyly, “You know his favorite drink?” After a moment’s pause, with a big grin, Hans exclaimed, “A Screwdriver!”

Please come to see Henry in the weeks ahead; we welcome everyone in Bridgton to come visit, or write in to The Newsyourself, and reminisce with us over Hans, Henry, and the many wonderful gifts which his whole family has given to our community for so long. 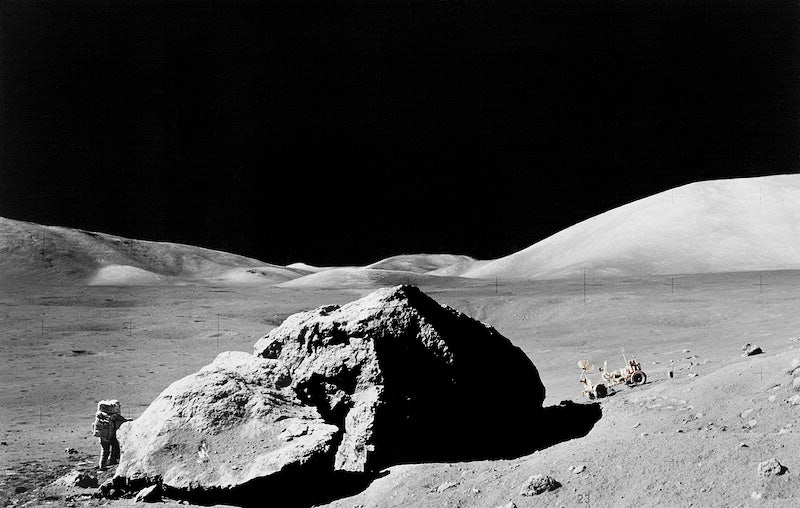 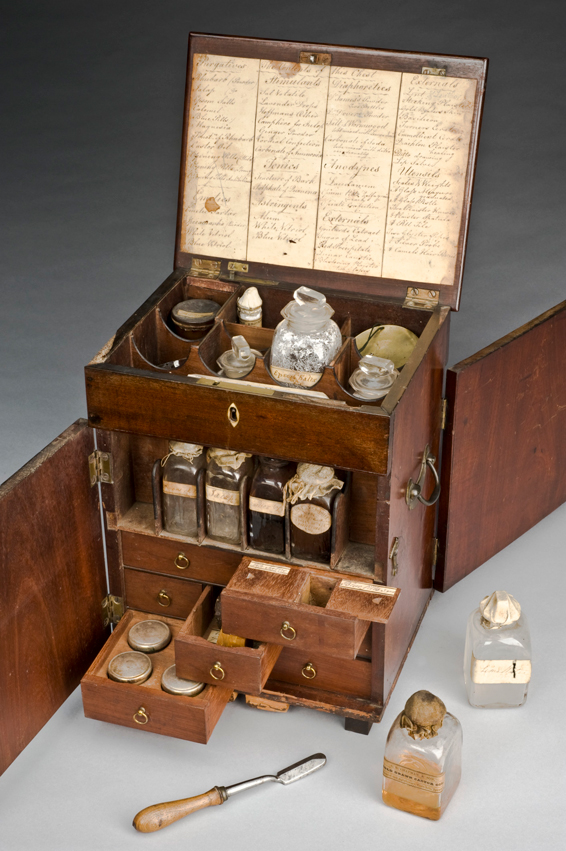